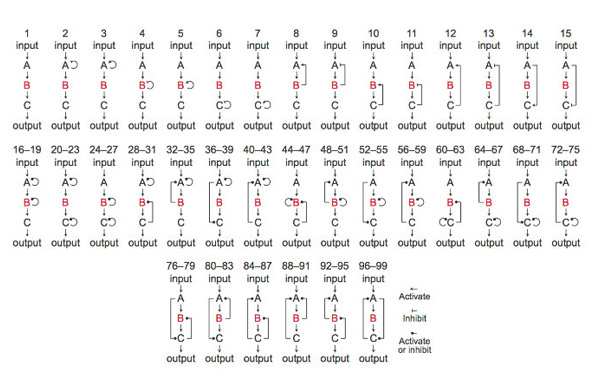 Thousands of biomolecular measurements mean little without a way to interpret them. As engineers, we believe that predictive modeling of biomolecular data is an important tool for interpretation and understanding. Using partial least squares regression (PLSR), we built a predictive model of host-cell responses to virus infection, which uncovered new connections between MAP kinase signaling pathways (1). We have also structured such models as mathematical tensors that retain how the data were collected (2). Application of tensor PLSR to a joint signaling–transcriptomic dataset revealed a function for a novel phosphorylation site on an understudied transcription factor (3). These powerful approaches now inform ongoing and future data-collection efforts in the lab.

For other applications, we have also built predictive models based on physicochemical mechanisms or logical rules. By modeling simple signaling circuits as ordinary differential equations, we defined network motifs that were especially susceptible to pharmacologic or genetic perturbations (4). Mechanistic as well as agent-based models were applied to a dynamic and context-specific regulatory circuit in basal-like breast premalignancies (5). Currently, we are reconstructing a physicochemical model of coxsackievirus infection to investigate the competition between viral pathogenesis and the antiviral interferon response.